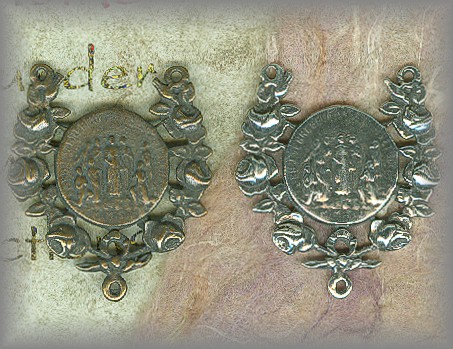 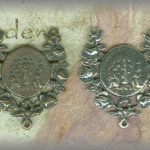 NORTH AMERICAN MARTYRS / CANADIAN MARTYRS (JESUITS IN 1650s) – before our nation was formed, 8 Jesuits were martyred in what is now known as New York state and Canada.

HISTORY OF THE 8 JESUIT MARTYRS: “The North American Martyrs, also known as the Canadian Martyrs or the Martyrs of New France, were eight Jesuit missionaries from Sainte-Marie among the Hurons, who were martyred in the mid-17th century in Canada, in what is now southern Ontario and upstate New York, during the warfare between the Iroquois and the Huron.

ABOUT OUR MEDALS: All medals on our website are hand cast from antiques and vintage pieces in sterling silver and solid bronze then antiqued to restore original patina. PRICING SUBJECT TO CHANGE WITHOUT NOTICE: (pricing determined by gram wt of metals at time of casting)