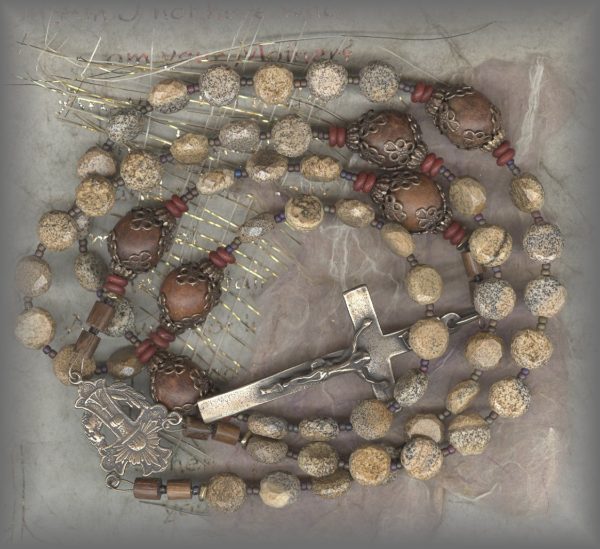 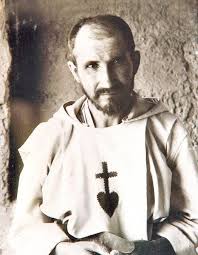 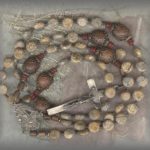 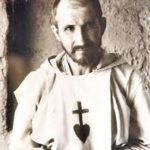 AVE BEADS: Natural Picture Jasper coins with faceted edges. Much softer / finer colors thaN camera allows. Chosen to remind one of the grains of sand found in the desert.

WHO WAS CHARLES DE FOUCAULD? Charles Eugene de Foucauld (15 September 1858- 1 December 1916) An officer in the French Army serving in North Africa when he felt called in October of 1896 at 28, to serve in solitude as a priest in the harsh and lonely environment of the Sahara( Algeria). He voiced his protest against slavery and other acts of injustice inflicted upon the poor of the desert.

MARTYRED: He was assassinated in 1916 outside the door of the fort (he built for the protection of the Tuaregs) by a young rebel of the Muslim Tuareg tribe. He is considered to be a martyr of the Faith. He founded the Little Brothers of Jesus. His writings and inspirations encouraged other religious congregations. He was beatified on 13 November 2005 by Pope Benedict XVI.

……….“the one thing we owe absolutely to God is never to be afraid of anything. .. Charles De Foucauld