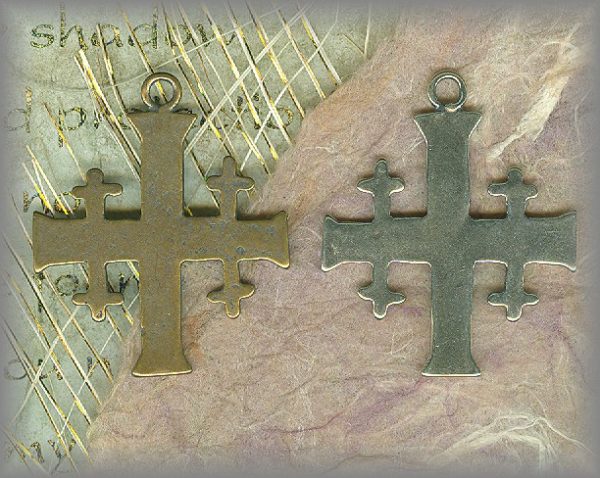 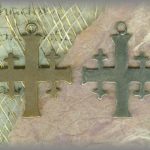 JERUSALEM CROSS, also known as the Crusaders Cross and the Five-Fold Cross, is comprised of Greek and Tau crosses. Four Tau crosses meet in the center creating a Greek cross. Four additional Greek crosses, one in each corner, make a total of five crosses.

The symbolism of the five crosses has been explained in a variety of ways. Here are a few:

Part of our Equatoria Collection.

ABOUT OUR MEDALS: All medals on our site are hand cast from antique and vintage pieces in sterling silver and solid bronze then antiqued to restore original patina.

PRICING MAY CHANGE WITHOUT NOTICE: (pricing determined by gram wt at time of casting)