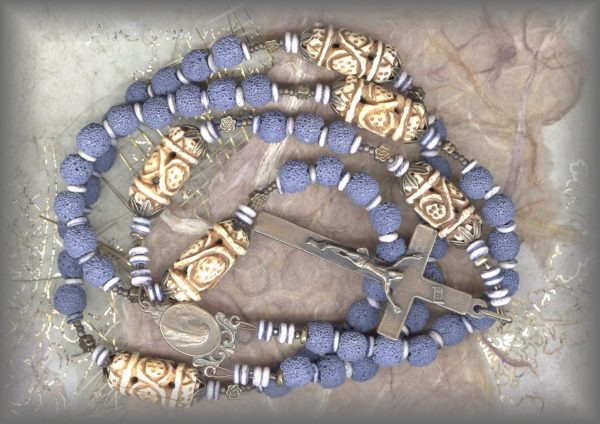 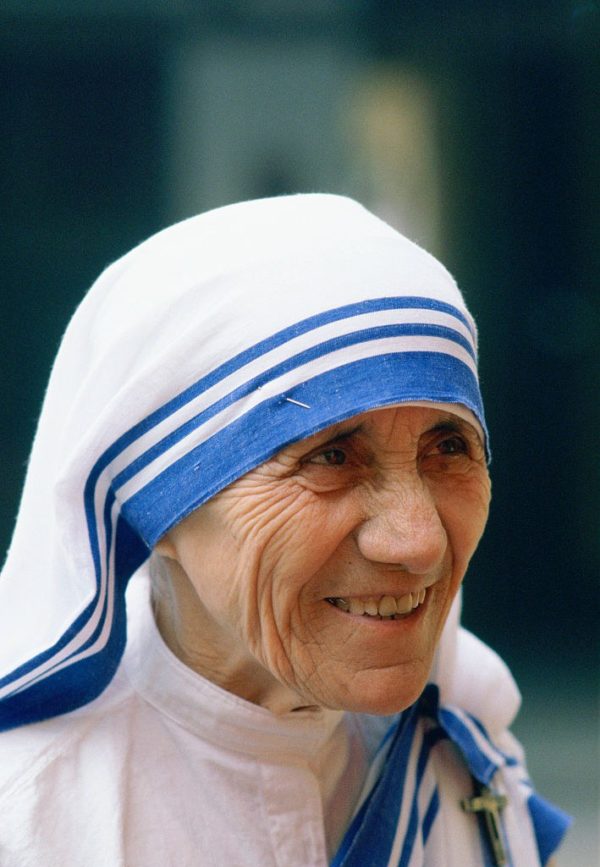 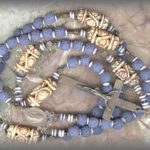 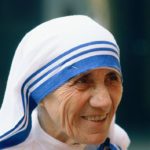 “TO FIND GOD I” – SAINT TERESA OF CALCUTTA:

AVE BEADS: A hard to find 8mm blue lava stone symbolizing the many different sisters who cared for needy souls, no two alike.

PATER BEADS: Antiqued, hand carved bone. Note the woven design and think of how the sisters embraced the ill and dying with grace and love. Blue represents the blue in the garments she and her sisters wore. Each framed with antiqued filigree caps.

WHO WAS MOTHER TERESA? Born Anjez Gonxhe Bojaxhiu “little bud” -26 August 1910 – September 1997). Mother Teresa was a Roman Catholic Religious Sister and missionary of Albanian origin who lived for most of her life in India. She was the recipient of numerous honors including the 1979 Nobel Peace Prize. In 2003, she was beatified as “Blessed Teresa of Calcutta”. A second miracle credited to her intercession is required before she can be recognized as a saint by the Catholic Church.

SECOND MIRACLE Credited to her intention on September 4, 2016 recognizing her as a saint in the Catholic Church..

QUOTE: Be faithful in small things,  it is in them that your strength lies

20% DISCOUNT APPLIED BELOW UNTIL SOLD