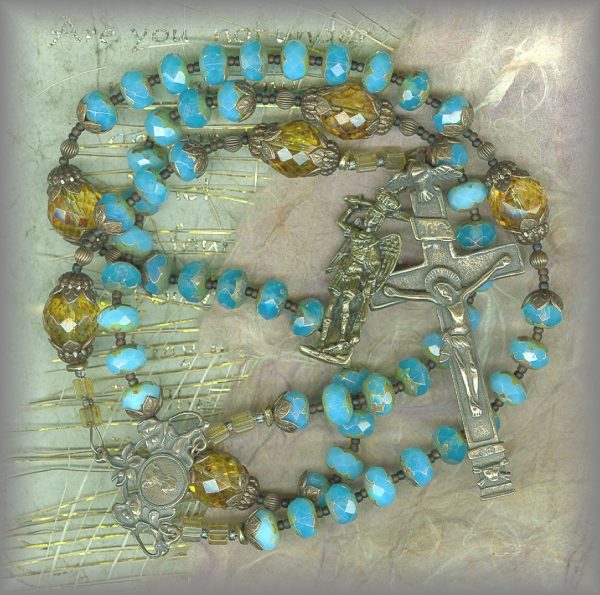 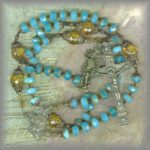 AVE BEADS: 8mm Faceted ‘gemcuts’ are from Czechoslovakia, known for their high end glass beads. Gracious and brilliant translucent blue reminding us of the clear sky above. Each captures the light in its own way, some you can see light through.

PATER BEADS: 12mm, Faceted and sunny in color. Each has been capped with an antiqued filigree, the metal reminding us of the planes driven by our airmen and women.

INTERCESSORS: Please pray your personal rosary for all who now serve in harms way. Pray for all our veterans, wounded and those who lost their lives. Ask for their intercession as they are all powerful prayer warriors to this day as members of the Mystical Body of Christ, the Cloud of Witnesses and members of the communion of saints.

ABOUT OUR MEDALS: All our medals are handcast from antiques and vintage pieces in sterling silver and solid bronze then antiqued to restore original patina.