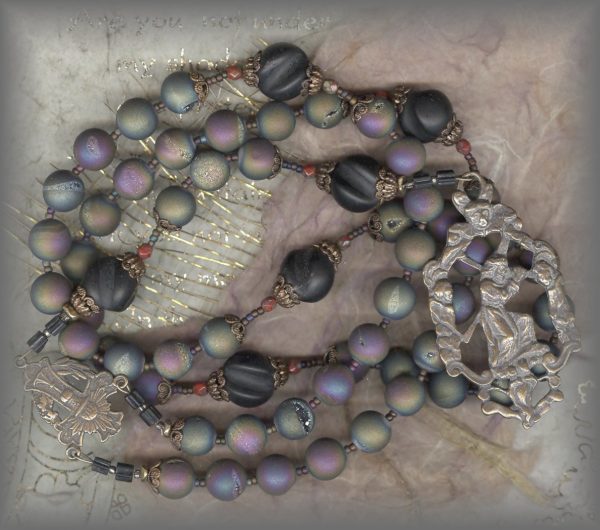 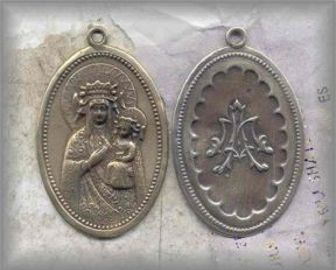 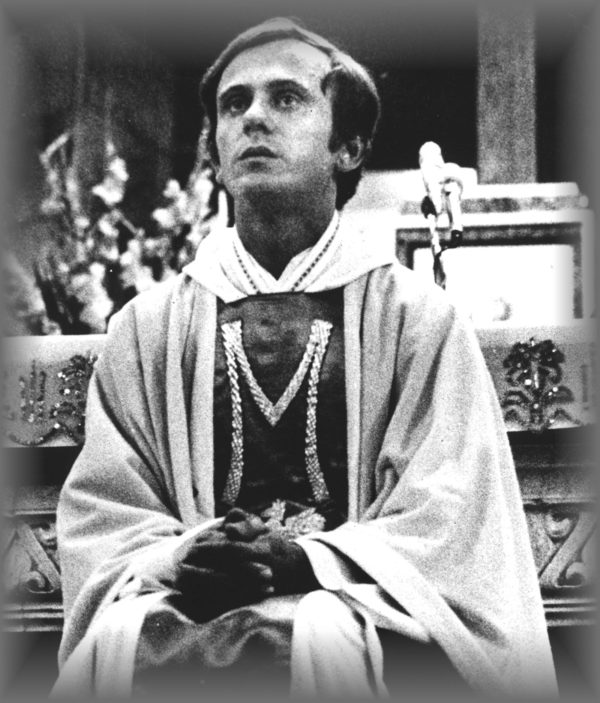 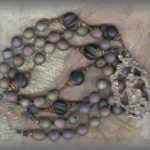 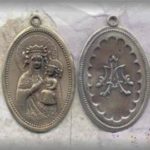 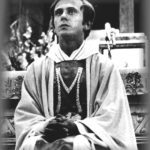 AVE BEADS: 10 mm ‘druzy beads’ (inner crystals like tiny geodes) in deep iridescent (peacock) tones of the rainbow promise. Note how some break through the surface, like the oppression brought to Poland by the communist people. The tiny crevices open up to hope in the people.

PATER BEADS: Jet Matte beads, from another time, appear to be slashed, reminding us of how they found Father Jerzy’s body, slashed like the crucified Christ. The red 4mm beads that cap the Paters remind us of his martyrdom.

You choice or either:

WHO WAS FATHER JERZY POPIELUSZKO’ Jerzy Popieluszko: Born in Okopy near Suchowola (Poland), 14 September 1947 (Feast of the Holy Cross), martyred on 19 October 1984 Father Jerzy was a Polish Roman Catholic priest in a Communist land. Also see the movie, The Messenger of Truth, narrated by actor Martin Sheen, this powerful documentary tells the remarkable true story of Polish martyr and 20th century hero, Blessed Jerzy Popieluszko. Father Jerzy, the chaplain of the Solidarity movement in Poland, was murdered in 1984 at the age of 37 years old by the Communists for speaking the truth about human dignity and rights in a country full of propaganda, oppression and social injustice. See the link for the following movie clip: https://youtu.be/m19NVNTOwhU

……In 1979, Karol Jozef Wojtyla came home as Pope John Paul II to visit and encourage his fellow Polish people under the Communist rule. Father Jerzy was in the crowd and heard the Pope say the following words: BE NOT AFRAID